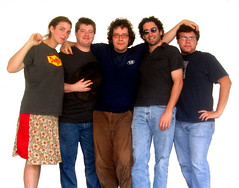 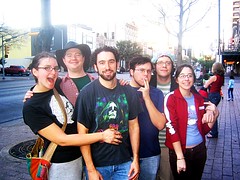 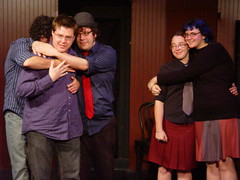 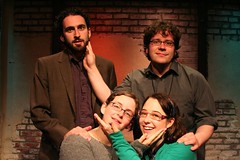 I hate to be a broken record, but today is a special day, so I'll chop it all up and say it again.

Today marks the 2nd anniversary of my troupe, Parallelogramophonograph. Since we began performing, we've managed to compress about 10 years of activity into 2, and still we want more.

Sometimes it's been hell... lamenting over shows gone wrong, worrying about decisions, about hurt feelings, about our stability, our sanity, or what the future will hold.

But more often, it's been delightful, inspiring, gratifying work. After all this time we can still make each other laugh... still surprise each other,  still inspire each other.

Improv is crazy, because even though we train constantly, discuss theory endlessly... ultimately it's just us on stage with nothing to work with except each other. And amazingly, that's been more than enough.

I feel blessed to work with the rest of the kittens. And I truly hope and believe that we'll continue our journey together.

Looking back at the 110 shows we've done so far, and all the hanging out, and all the rehearsals, I know I've forgotten far more than I can recall. Here's a few favorite moments:


and Val's sassy grandma, and Kaci's bowing servants, and Kareem's old men, and 1000 other things I can't think of.

It's a never-ending road, and I walk it in good company.