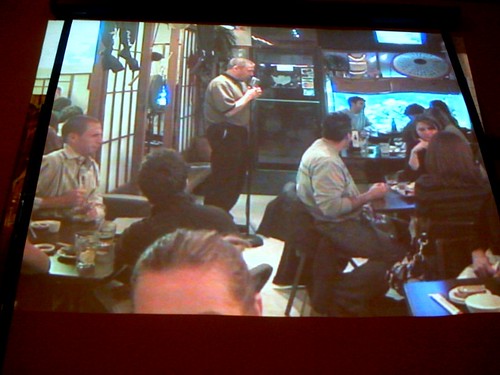 I don't think I will easily forget the Sushi Pimp. Wow.

I'd read about him before, but Jesus Christ. Every Monday night at the Seoul Restaurant & DK's Sushi Bar, the titular DK becomes the Sushi Pimp, an MC who hosts a Karaoke Night. He's incredibly foul mouthed, constantly talking about what he'd like to do to the female patrons, and also what he'd like them to do to him. After each person finishes their karaoke song (many cut short by The Sushi Pimp's gong), he does a Sake Bomb with them. So he gets drunker as the night wears on.